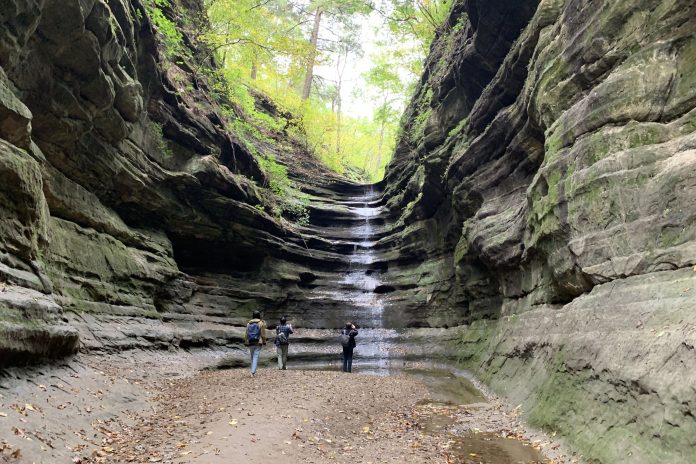 Starved Rock Lodge was our family’s home for the night. We then went on a walk to view bright orange sunsets over the Illinois River Bluffs. 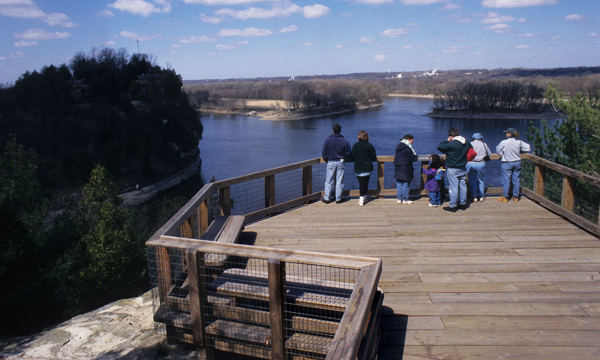 Starved Rock State Park lodge is a great place to stay the night. It’s close to hiking trails and the pool.

After checking in, our first hike took us to the spot where the park was named.

Starved Rock can be reached in two ways. Either you can climb or descend the 150 steps by the lodge, or you can park at the Visitor’s Center by the river.

We chose to park right by the river.

It takes just 6/10 mile round trip to get from the parking lot. The hardest part was climbing 65 steps, so you can expect to climb even the shorter route. 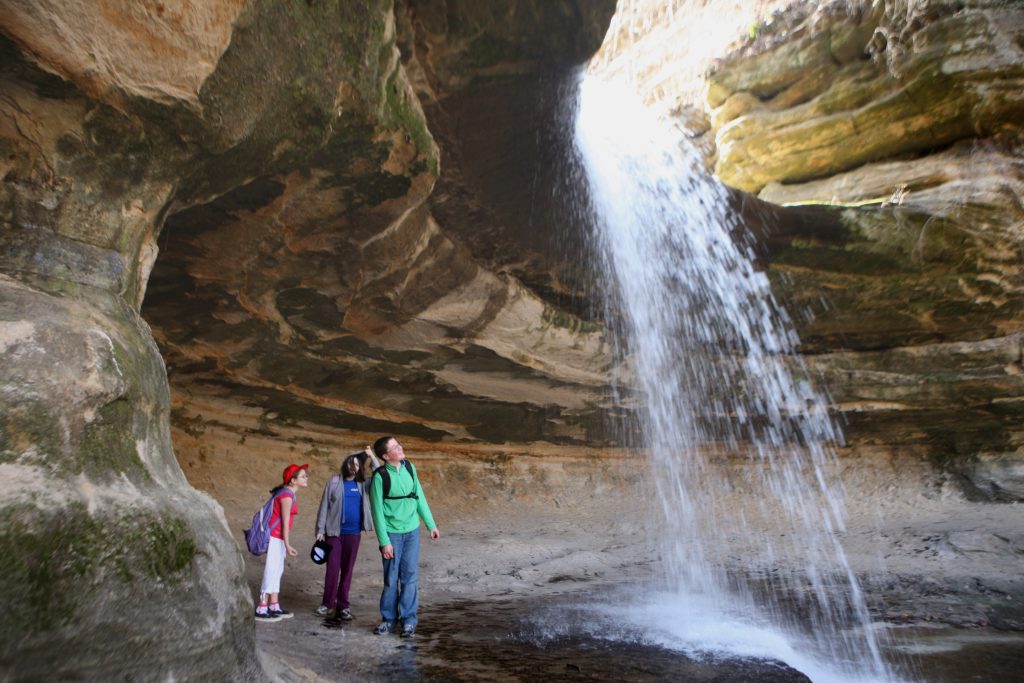 Continue out of the parking area and head towards the woods. Then, turn left onto the trail. On the way, you will pass some cliffs. Continue on to the top and climb up.

There are signs at the lookout about Starved Rock, the Illinois River below, and the dam in distant distance.

A man was near us and had his binoculars. He saw some eagles on the shoreline but it was difficult to see. 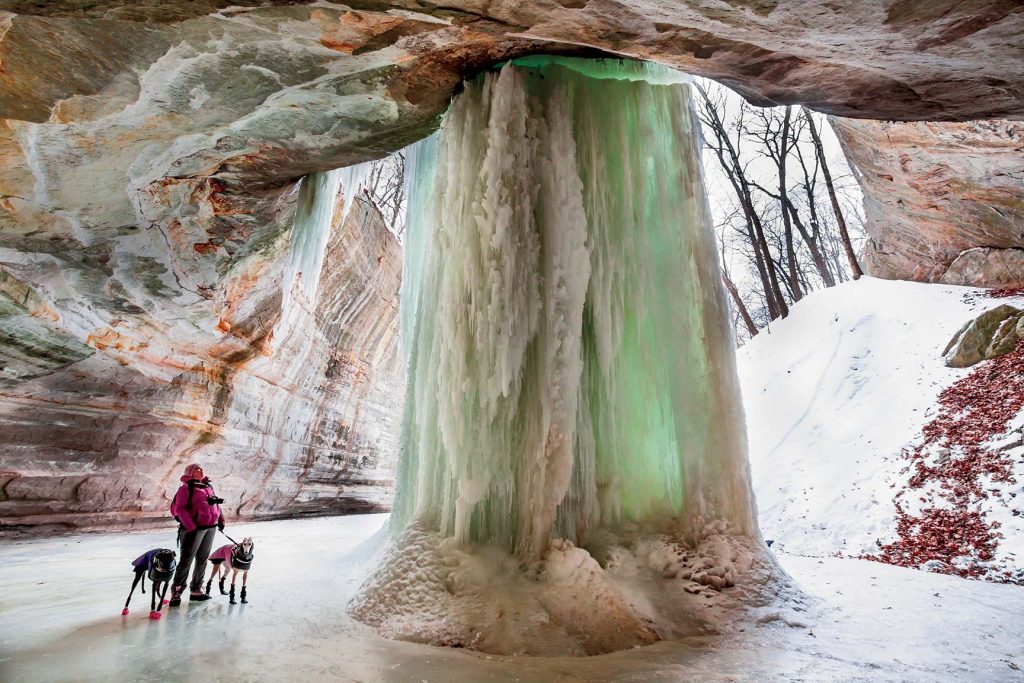 We arrived here as the sun was setting, and one of our photos makes it look like the river is lit up. However, it is only the reflection of the sun.

From up there, you can also view the lodge.

We retraced the steps and went to the lodge to have a swim with the child and get a good night’s rest. MORE TO THE STORY

The Naming of Starved rock

The name S Tarved Rock State Park is derived from a Native American legend about injustice and retribution. While attending a tribal council meeting in southern Illinois, Chief Pontiac of Ottawa was killed by a Peoria brave (the Peoria are a sub-tribe within the Illinois Confederation).

Legend has it that during one of the subsequent battles to avenge his murder, a band from Illinois was under attack by a group of Potawatomi (allies to the Ottawa) and sought refuge atop the 125-foot tall sandstone butte (today’s Starved Rock). The Ottawa and Potawatomi attacked the butte, holding their ground until the unfortunate Illinois tribesmen succumbed to starvation.

Because of its strategic location above the Illinois River, the French built Fort St. Louis on Starved Rock during the winter 1682-83. The French were forced to abandon the fort by small Iroquois war parties in the French and Indian Wars. They retreated to Peoria where they built Fort Pimitoui. Fort St. Louis was a refuge for traders and trappers but all that remains of the fort were gone by 1720.

Warning: Don’t stay too long if you are coming here to see the sunset. If your car is not yet there, they will close the gates. 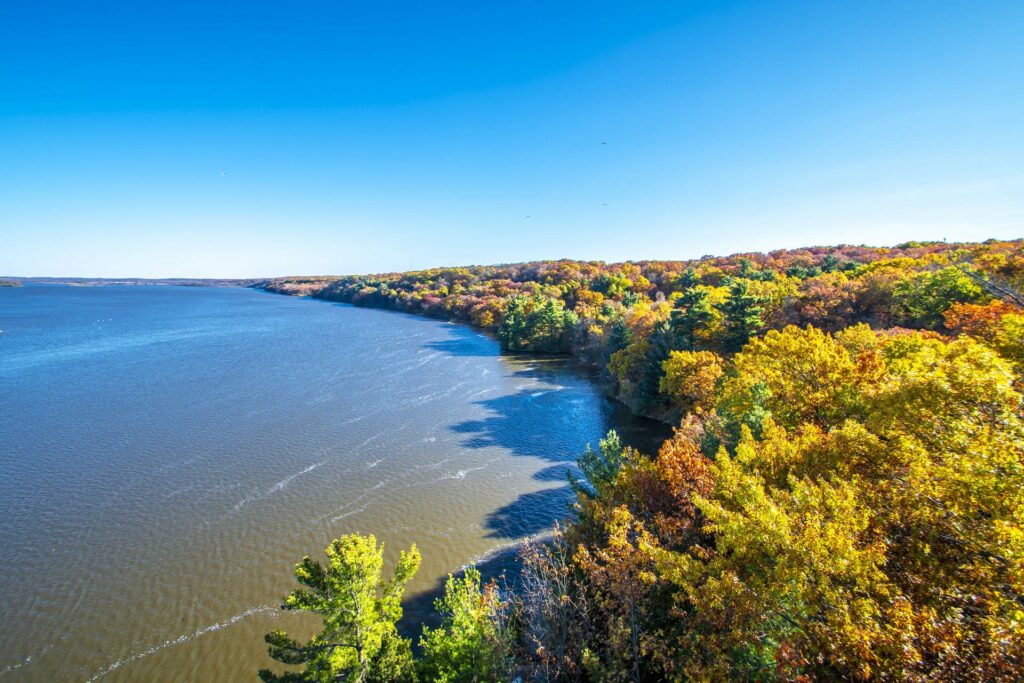 The Visitor’s Center has maps and information. It also offers a gift shop. Hours may vary according to the season. Check the website.

Drive: Take Interstate 55 to St. Louis. Take exit 164 to go north on Interstate 39 in Blooming-Normal. Take exit 48 to take Ray Richardson Road. This becomes North 2101st Road. Then, turn left onto Illinois Highway 178. Take a right into the park, and follow the signs to the Visitor Center. We stayed in the historical section of the lodge, made use of its pool, and ate in Main Dining Room.

My son loved visiting the Society Finches in our hotel’s historic lobby. 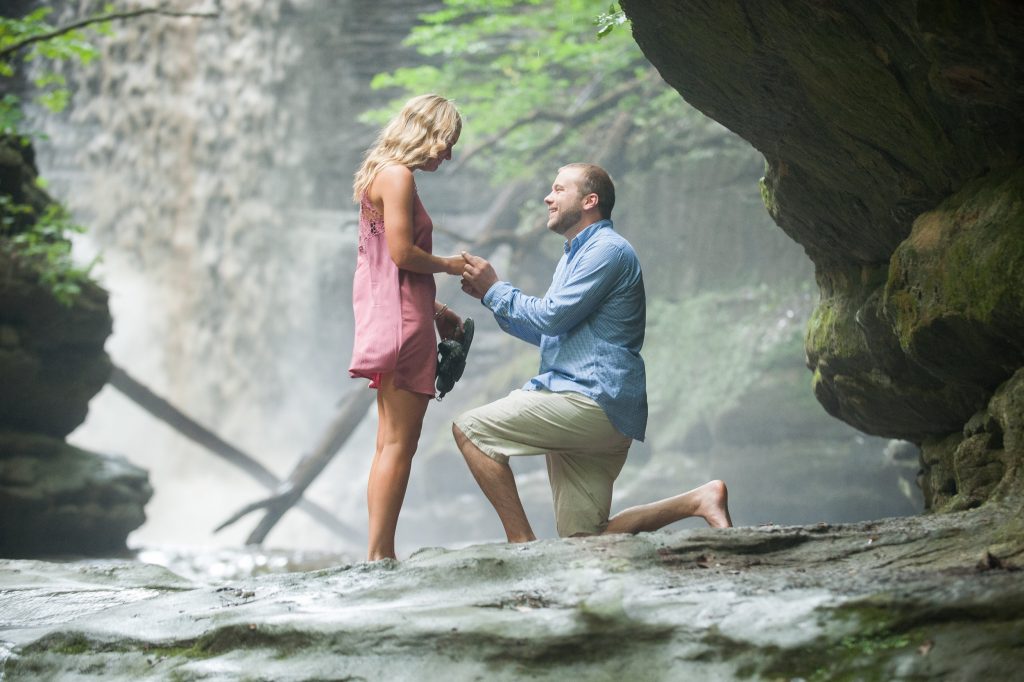 There are also statues and other works of art on the grounds. The deck can also be used as an outdoor restaurant, high above the Illinois River.

You can look down on a canyon below if you are able to walk out to the extended parking lot.

If you love to hike, this is the place to be. There are miles upon miles of trails that you can choose from.

NEARBY PLACES FOR EXPLORE

My time in Buffalo Rock State Park, near Ottawa, Ill. included seeing buffalo and hiking on a bluff looking out towards the water.

How to Login to Bluegreenonline and Register as a Owner